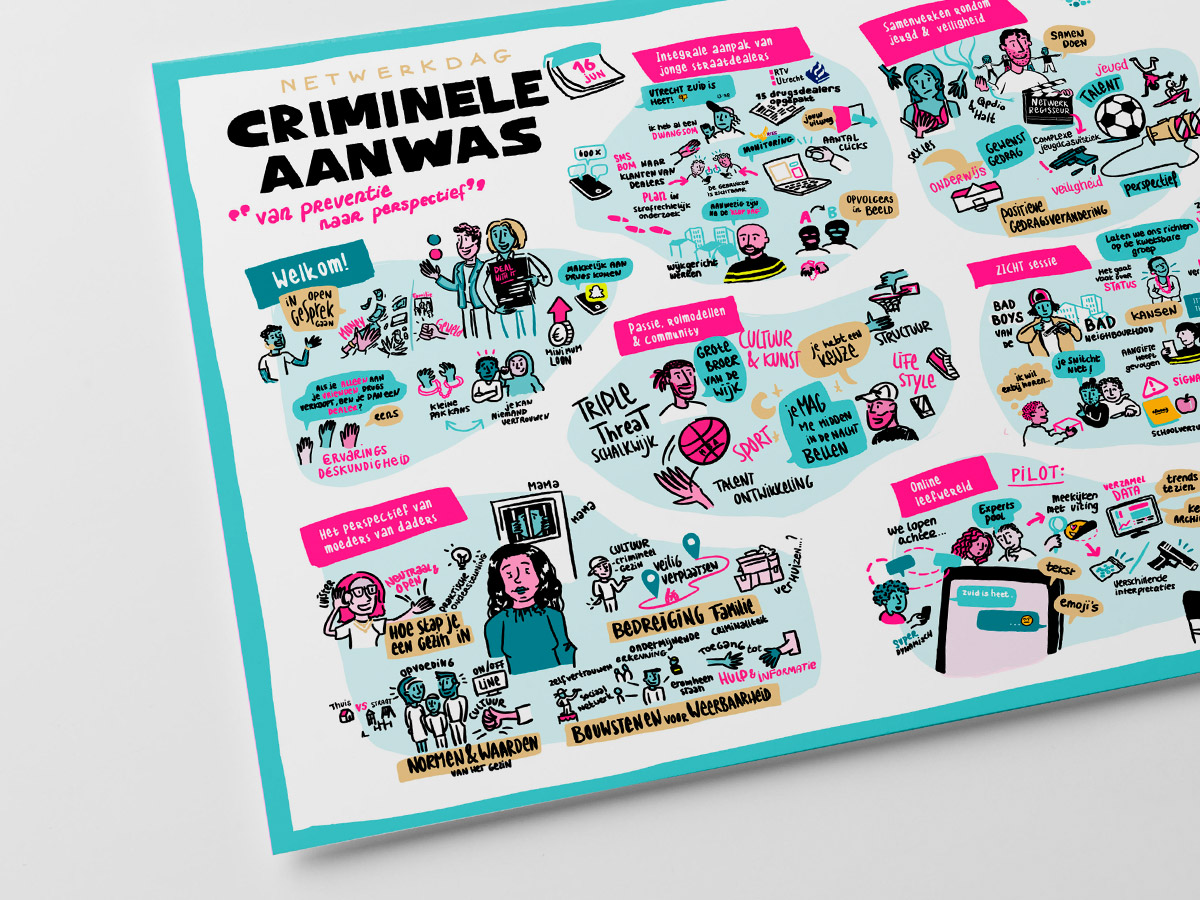 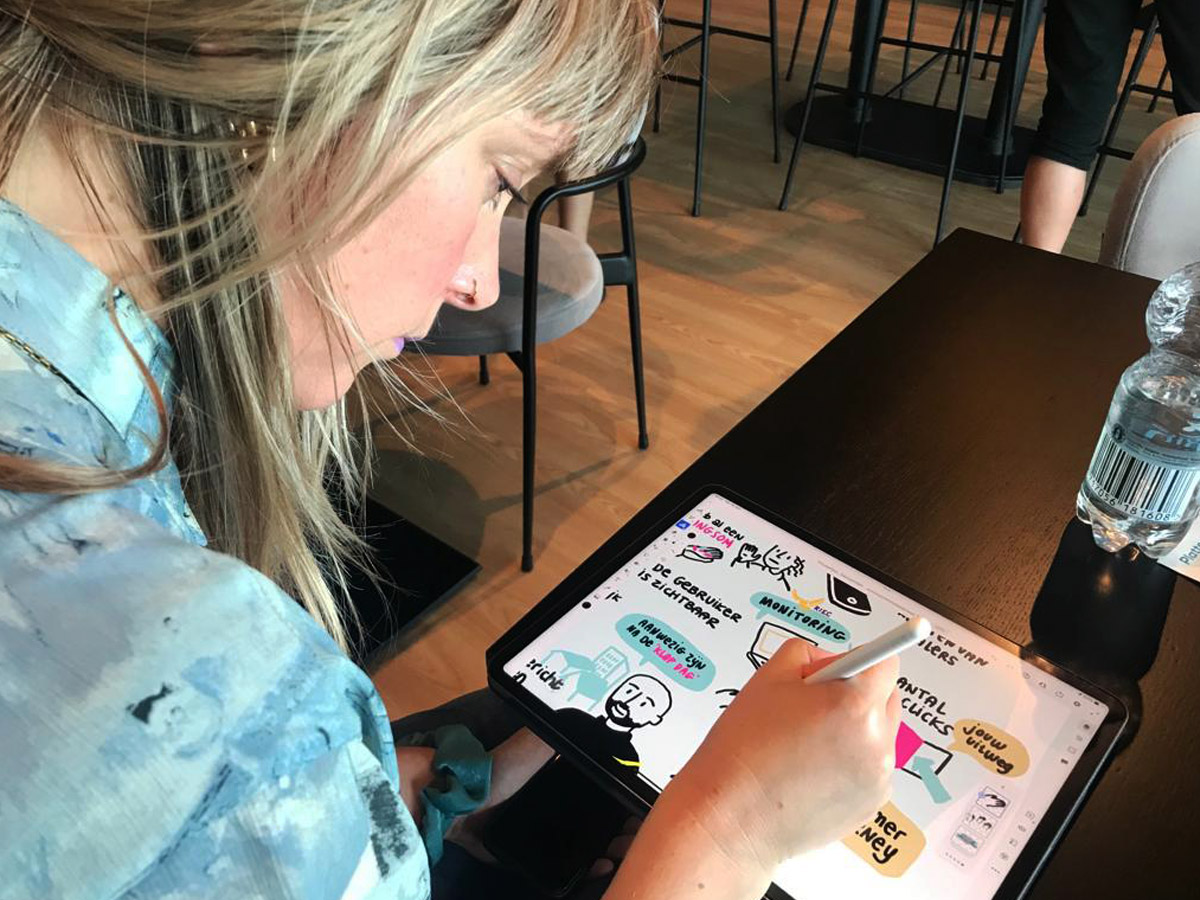 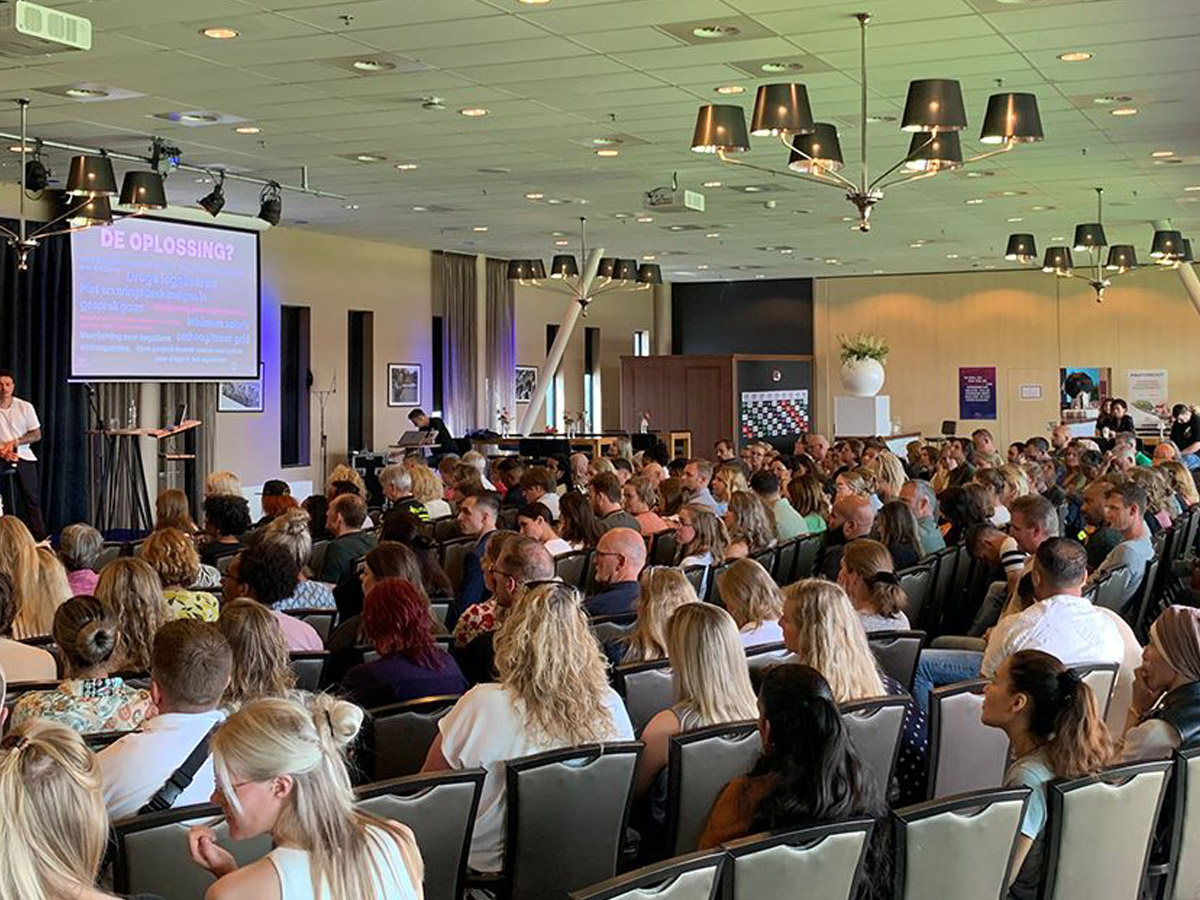 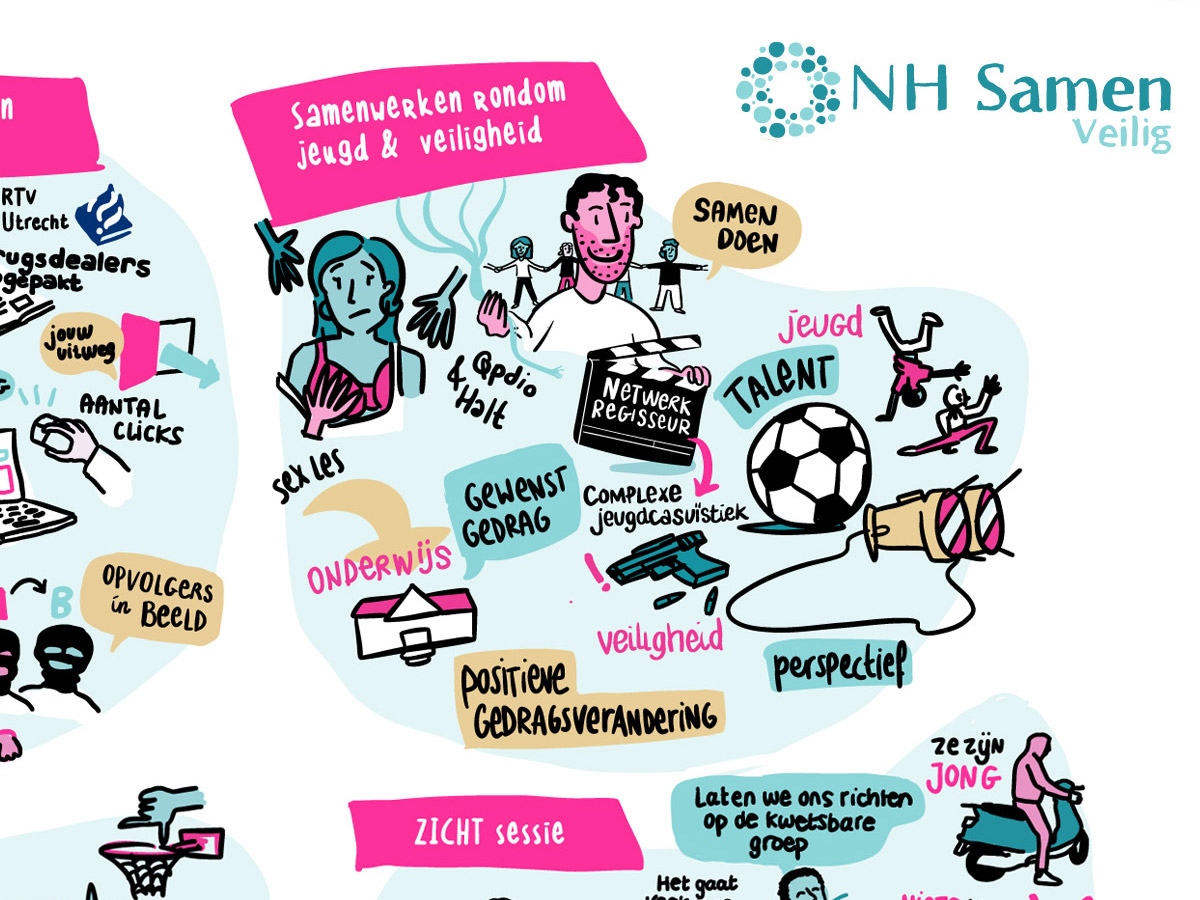 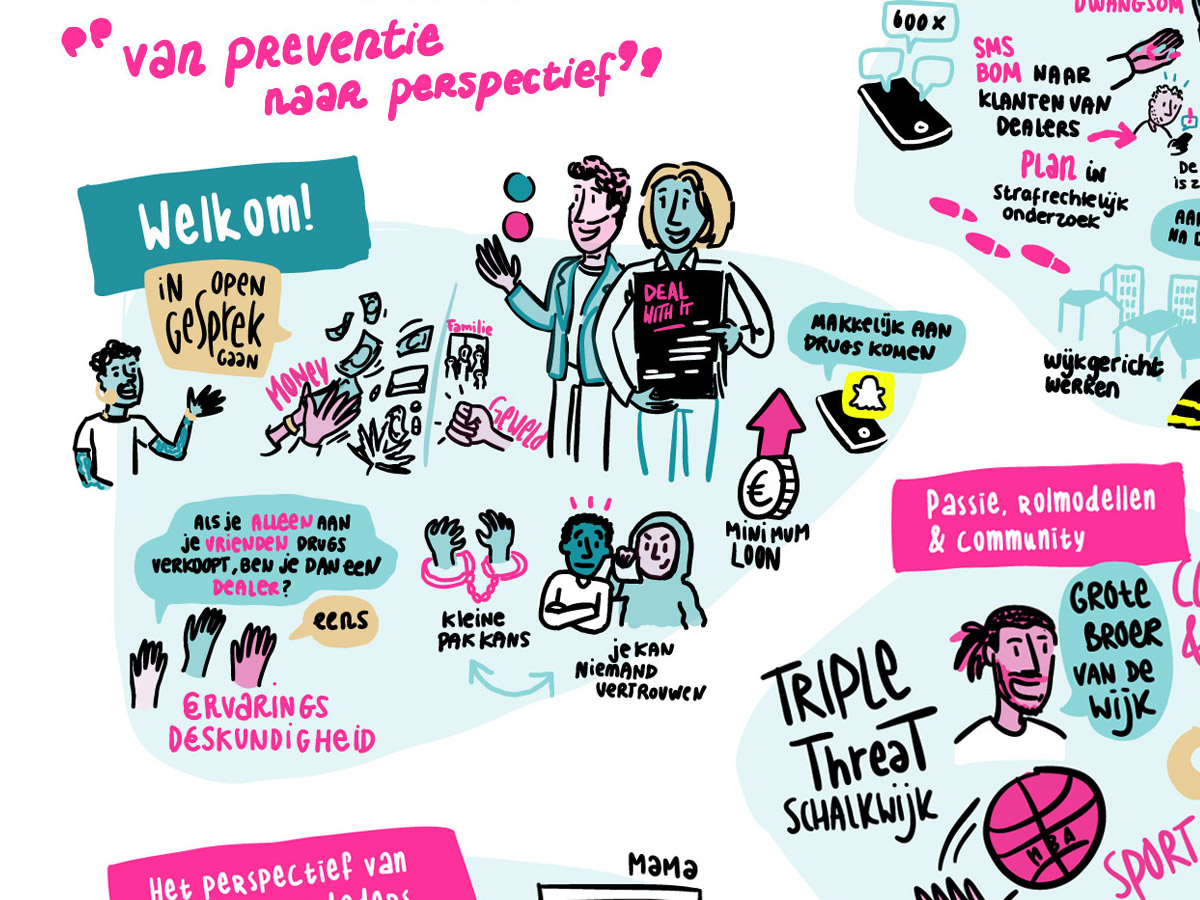 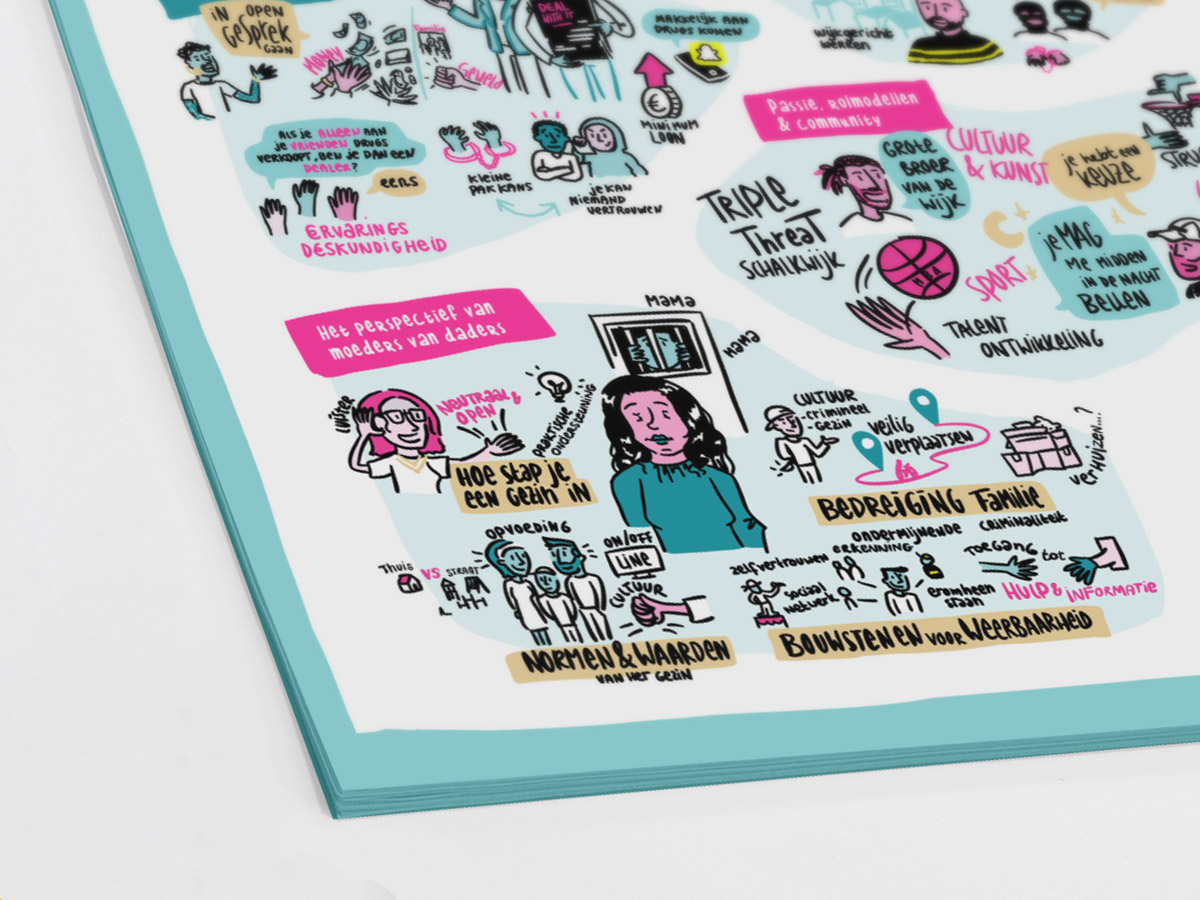 The Municipality of Haarlem has asked Visueeltjes to make a live visual report during the network day of the Noord-Holland Samen Veilig. Digital from a tablet. The network day is a three-and-a-half-hour program, divided into a plenary part and a second part in which the attendees are divided over six workshops. The purpose of the visualization is to retell the day in a way that stays with the viewer regardless of whether you were present or not. During the networking day, two visual artists split up to attend six workshops with a tablet in their hand for live graphic reporting.

The visualization shows at the top left: the plenary part and introduction of the network day. The six workshops fill the rest of the frame containing the core of the shared information and the questions from those present. The end result was shared with the network on social media and via the mailing from the organization. 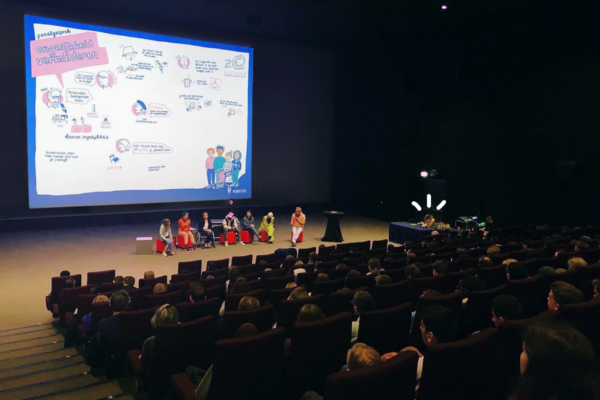 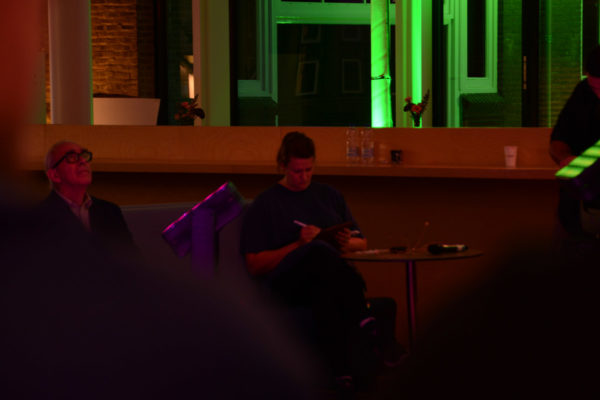 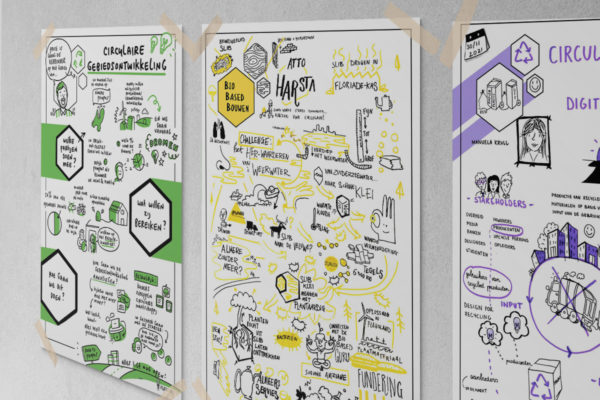 Stay tuned with our work and leave your email address .